Vintage Leaves for CASE this sketch

I saw this great sketch across at casethissketch and knew immediately that I wanted to have some fun with watercolors. 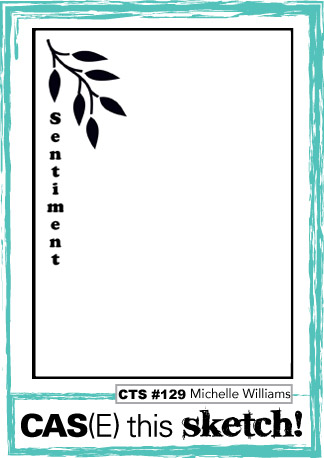 I had to turn the sketch on the horizontal to make it work for me.   I needed an anniversary card and the sentiment layout that I had in mind worked better with the sketch on the horizontal
I started with some watercolor paper and inked up some of the leaves from the new SU set - Vintage Leaves.  I used white embossing powder for the leaves as I wanted a subtle, soft look.
Once the embossing powder was dry, I got to work with some new Zig water color Brush pens.  I used three different shades of orange to create shades of soft peach.   I inked up the "happy" part of the sentiment from an old Papertrey Ink set called Wet Paint.   I really wanted the sentiment in gold embossing powder, but found that I had run out of my true dark gold powder and had to go with a gold/glitter mix.  It looks a little washed out in the photo, but is very pretty in real life, so it worked out well in the end!  I stamped the "anniversary" part of the sentiment on a left over piece of the water coloring and popped it with some foam tape.   All that was left to do was to assemble the card and add a couple of gold expoxy elements.
Here's my card:

Of course, I had to create a co-ordinating envelope - and went with the "love" sentiment from the same PTI Wet Paint set and a leaf that I had used from the Vintage Leaves set. 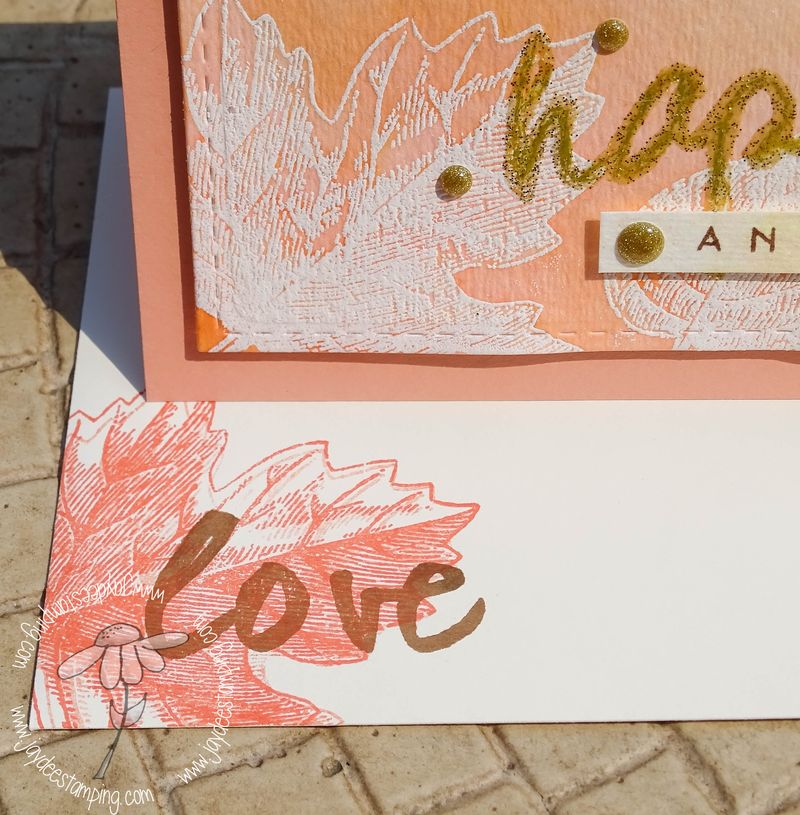 On a personal note:
Well... we had quite the storm come through last night.   The rain was almost horizontal and it was impossible to see out of the windows.    I had looked out over the wetland just before it arrived and noticed the color of the sky and the fact that the trees and plants were being buffeted by the wind.  The darkening sky made the trees across the wetland look like bonsai trees!   It was wonderful looking at the last vestiage of sunlight though.  There's something about that time - just before the storm - when the sunlight seems so bright 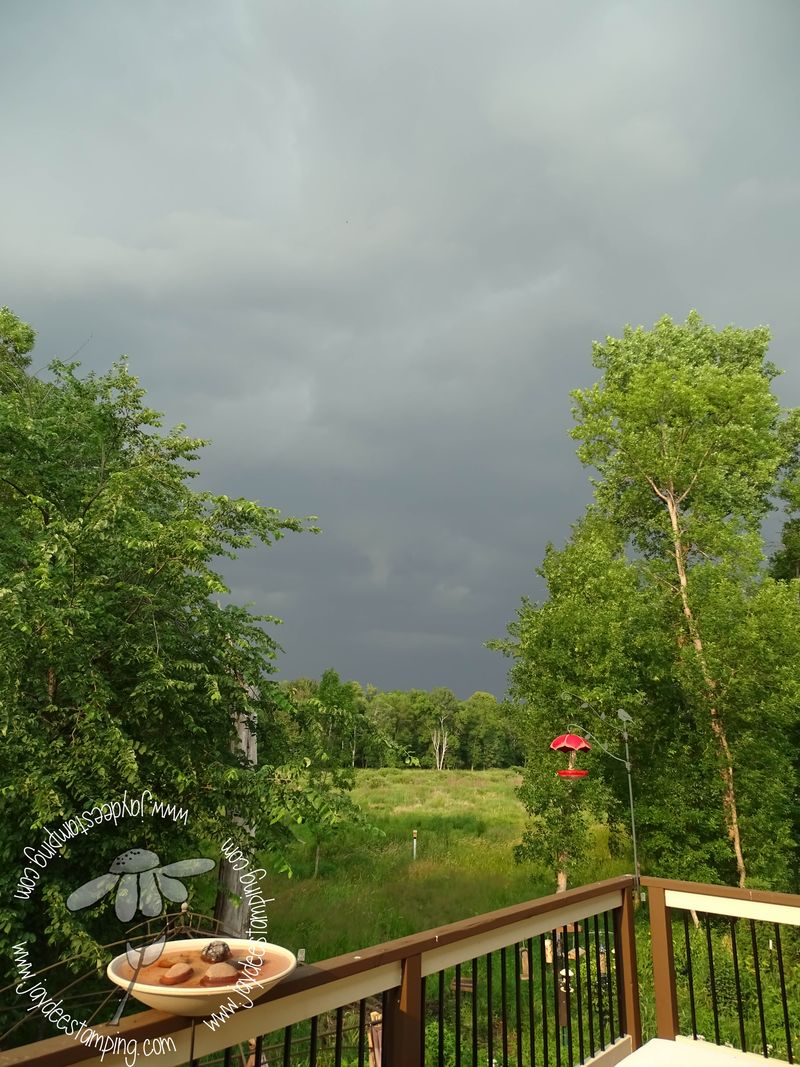 It was so hard to capture a photo of the grasses and shrubs being buffeted - but I tried.  :-)  I love to see the movement in the woodland and wetland!   By the time the storm took hold, it was impossible to get outside and take a photo of just how much they were being buffeted by the wind during the storm. 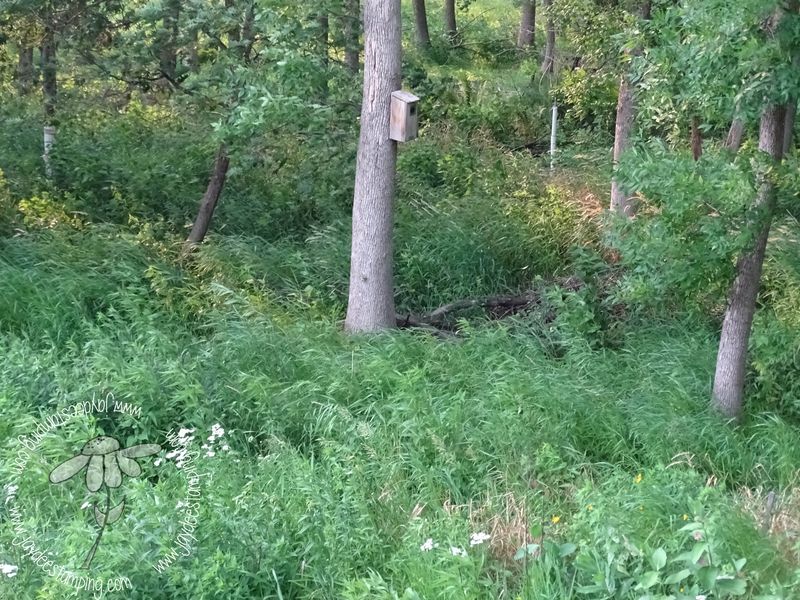 The storm brought lots of wind, very heavy rain and something pretty rare for us - hail.  It was so warm during the storm that the hail was pretty much melting the minute it hit the deck but, there were some reasonably large stones - around 2".  Luckily everything was good after the storm and very little damage.
Well, I'll be back tomorrow with another card.   In the meantime, warm hugs and prayers for those of you that need a little lift tonight and, if you are traveling for the 4th July weekend, travel safe!
Hugs
Jaydee
Card recipe:

Oh, this is so pretty! I love how you rotated the sketch!

Very pretty card. Love that watercolor technique! We had the same storm here in SW MN. No hail :). But lots of branches and a few trees down.

Love this card! Color and sentiment!

Such a Beautiful card; colors of a lovely sunset.
Glad to hear that you didn't have much for damage during that storm. Always a calmness before a storm like this. Beautiful photo of the wetlands and you sure can tell a storm is brewing. No critters around as they all took cover.
Have a great day; enjoyable evening and a happy and safe 4th of July weekend.

John Adams' famous letter to his wife, Abigail, captures the spirit of the time. Writing on July 3, 1776 from Philadelphia, he said, "Yesterday the greatest Question was decided, which ever was debated in America, and a greater, perhaps, never was or will be decided among Men. A Resolution was passed without one dissenting Colony 'that these united Colonies, are, and of right ought to be free and independent States, and as such, they have, and of Right ought to have full Power to make War, conclude Peace, establish Commerce, and to do all the other Acts and Things, which other States might rightfully do...' This . . . Day . . . will be the most memorable Epocha, in the History of America. I am apt to believe that it will be celebrated, by succeeding Generations, as the great anniversary Festival. . . . It ought to be solemnized with Pomp and Parade, with Shews, Games, Sports, Guns, Bells, Bonfires and Illuminations from one End of this Continent to the other from this Time forward forever more."

Text from The Declaration of Independence

We hold these truths to be self-evident, that all men are created equal, that they are endowed by their Creator with certain unalienable Rights, that among these are Life, Liberty and the pursuit of Happiness. That to secure these rights, Governments are instituted among Men, deriving their just powers from the consent of the governed. That whenever any Form of Government becomes destructive of these ends, it is the Right of the People to alter or to abolish it, and to institute new Government, laying its foundation on such principles and organizing its powers in such form, as to them shall seem most likely to effect their Safety and Happiness.