Happy Sunday.  It's the fabulous LeAnne's turn to host our Paper Players challenge tonight and it's my favorite type of challenge - CLEAN and SIMPLE.  This time it's a theme challenge: 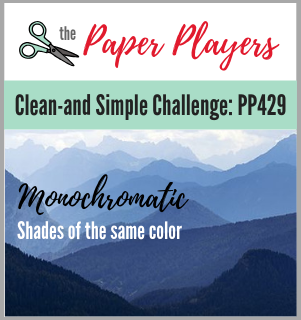 As part of the shopping spree I won at Cas-ual Friday's Stamps, I purchased a lovely stamp called Foxy.  The day before I saw this stamp in the shop, we had watched a fox trot through our backyard on his way to whoever knows where.  We haven't seen one for a couple of years, so it was such a great sighting for us.  So, when I saw this stamp a day later, I knew I had to have it.

I went with shades of orange from a pale sort of peach through to the darkest umber.  It's one of the very few cards that I make that doesn't have a sentiment on it.  I actually made two versions of the card, one in greys and then then one in oranges.  I decided to show this one as it really showcases how pretty this image is.

Instead of using Copics, I decided to color with pencil instead.  I was able to get some sort of feeling of texture with the strokes, but really want to have more practice to see how much better I can make it.

Here's a closeup of the colors that I used:

I die-cut the image, which is bigger than I wanted it, with my stitched ovals and then mounted that panel onto my card base with fun foam.

Here's Foxy in all her glory: 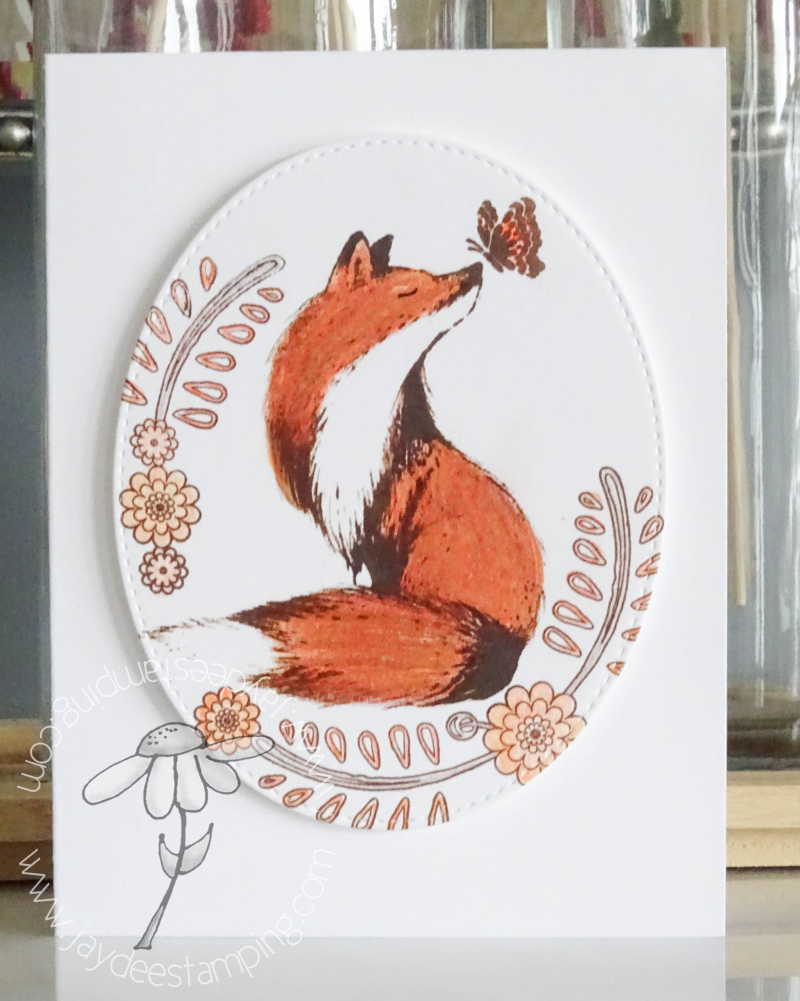 Isn't that such a lovely image?  It makes me smile when I look at it.  It also reminds me of our gorgeous cat, Bailey.  I hope you will join us and play along this week.  We'd love to see what you create.  As usual, if you are looking for some inspiration, the very talented design team have some gorgeous inspiration for you:

Still cold - although not AS cold - and we had more snow!  It certainly does look like a winter wonderland out there.  It was a great excuse for me to stay indoors and make some cards yesterday.   Last weekend, I shipped off nearly 300 cards for Send-a-Smile-4-Kids

When I was packing them up, I realized I had made a lot of cards for older children, but very few for the youngsters.  So, when I was shopping on Scrapbook.com, they had some specials on.  Part of that was some paper and ephemera from Echo Park.  I purchased a couple of packs or pirates and mermaids and decided to make some kiddy cards.  I had such fun putting together cards yesterday and, although it felt strange not doing any stamping, it was nice just to create with the ephemera to see what I could come up with.  In the end I made 20 different cards from the paper pack.  I'll share them later in the week with you.  Today, I am off to make some mermaid cards.

During most of the cold weather, we have managed to keep the heated birdbath going.  It did give up though when we went below -36.  However, I did capture a shot of one of our frequent visitors - the red-bellied woodpecker.  He regularly comes for water during summer and winter. 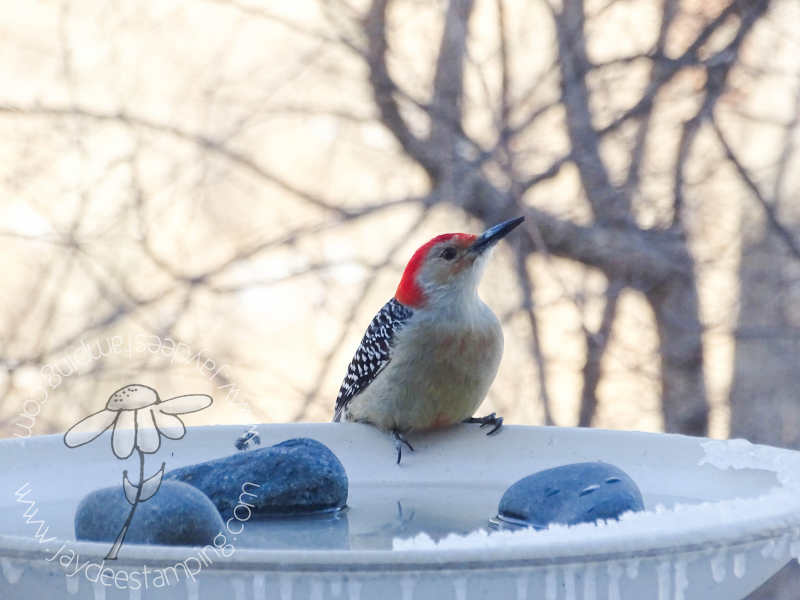 I'll be back tomorrow with some more cards - and a couple of photos.  In the meantime, warm hugs and prayers for those of you who need a little lift tonight.

Jaydee, Foxy is wonderful in his colored pencil treatment. I enjoy reading your delightful and entertaining blog!