I made a card for a couple of challenges The Card Concept and AAA Cards. 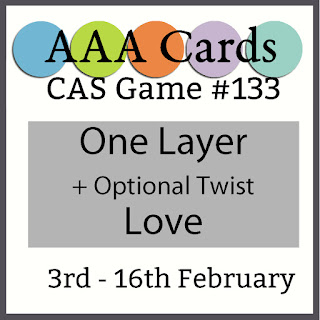 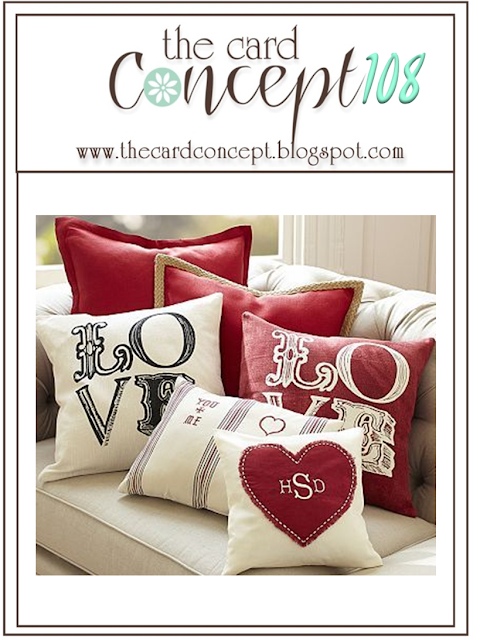 I recently purchased a new Penny Black stamp called Christmas Wishes and I have Terese from lostinpaper
to blame for this!  She made some of the sweetest cards with this image - check out this video.  I totally fell in love with this stamp when I saw it being used - so my inspiration for this card totally comes from here!
As this was a one layer card challenge, I decided to use pencils for coloring.  I was too lazy to go upstairs and get my new Caran D'Ache pencils, so I used my Poloychromos instead..... the coloring is OK, but as it was the first time I had colored the image, I was still getting the feel of it!  Afterwards I decided to color the image again with Copics.... more about that in a minute!
I used some Simon Says Stamp Fog cardstock for the base and stamped and colored the image.  I added a sentiment and a little heart to make it look as though she had just thrown the heart up to the sentiment - or maybe she's catching it?.  Here's my card: 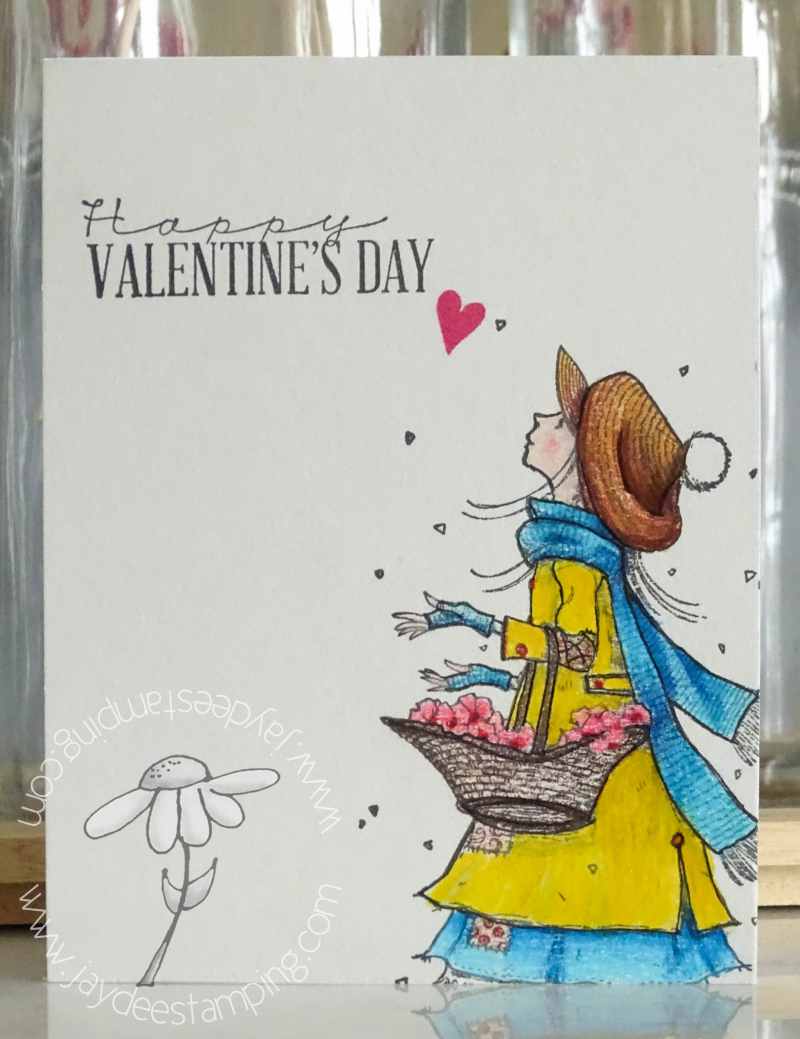 Isn't that just the sweetest image???  I love it.   Because I wasn't entirely happy with the coloring, I decided to try it with my Copics.   I stamped it with my Misti and kept the stamp in there so that I could go back and re-stamp it after I had colored it to get those nice crisp clean edges.
I spent about 45 minutes futzing around the with coloring, decided I was OK with it and went to over-stamp it to get those nice  clean crisp edges.    Well, I discovered that sometimes, even a MISTI can't help keep you out of trouble.  MMMMM.... Seeing double, anyone?

It is just ever so slightly off..... grrrrrrrr and there was nothing I could do about it!  No amount of erasing was going to fix that problem, and it wasn't as though I could go add an embellishment or anything!!!!
Anyway, it snowed for two days and was VEEEERY cold again.  I thought you might like to see a photo from the kitchen window half-way through the storm. 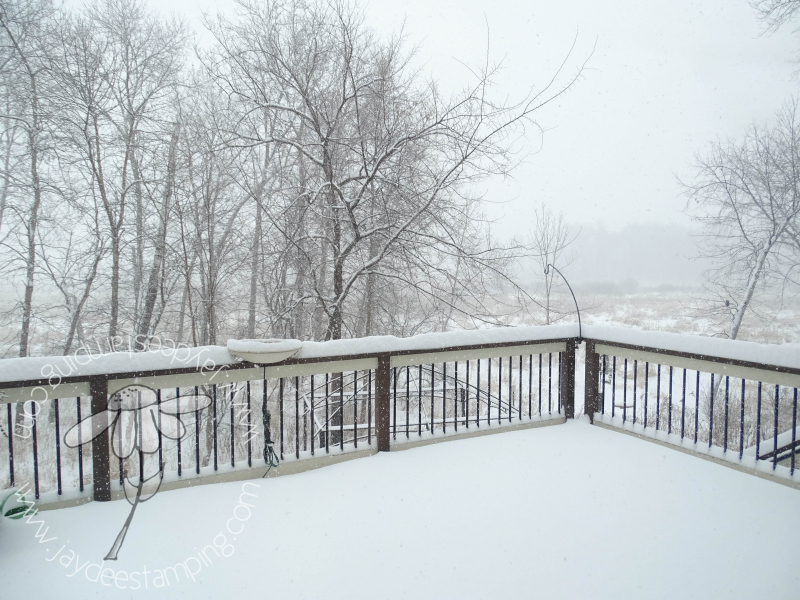 It sure looked pretty.  I managed to catch a glimpse of red at the feeder, too - but he was moving so fast I didn't have time to put him into focus but I love that little touch of red among the green and white...well, technically you can't really see the tree behind the Cardinal as there is so much snow on it!
I'll be back tomorrow with my Paper Players card.  In the meantime, warm hugs and prayers for those of you who need a little lift tonight.
Hugs
Jaydee
Card recipe:

Blurry or not it looks fabulous! They both do. Love that image. Thanks so much for joining us at The Card Concept.

Thanks, Claudia! I really want to play around with it using different colors. It's such a sweet image.
hugs
jaydee

Thanks, HJ. It really is a sweet image. The cardinal is outside eating as I type this comment. I love his swash of red in this snowy-white world!
hugs
jaydee

Thanks, Maaike! And more snow on the way :-)
jaydee

This is a very beautiful card. I love how you colored it.

This is definitely an adorable card. I love the girl's image with the basket of spring flowers. So sweet. Love the cardinal's picture...truly a winter wonderland at your house. Enjoy your day!

Sweet and totally adorable. Fabulous one layer card. Thanks for playing at AAA Cards, hope to see you joining in with future challenges.

wow that sure is a lot ofsnow. Your card is beautifully colored and fab layout. Thank you for playing at AAA cards