Laughing Animals for Freshly Made Sketches #413

I had some time to play in my craft room and needed a card to send to one of our besties in the UK.  The sketch across at Freshly Made this week was PERFECT. 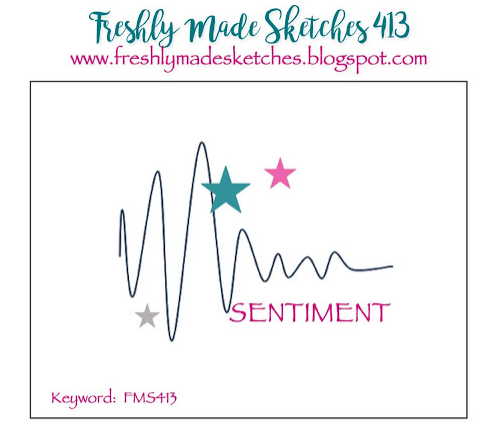 Before sharing my card, I need to give you the backdrop to this card.  This is another set from Paper Rose Studio and I fell in love with it because it reminded me of my time spent in Africa.  However, the elephant in the stamp is an Asian elephant and not an African elephant, which, to be honest, made me slightly annoyed whilst I was coloring it.  However, in defense of Paper Rose, the set is called Laughing Animals... not Laughing AFRICAN Animals... so, I decided to just go with the flow - he's a cute elephant after all.

So.... World Cup (insert sport here) is big in our house.  Especially as Lou and I are generally very split on our support.  World Cup Rugby was on just recently and USA, Australia, South Africa, Italy and England were all playing.   Our bestie in the UK and I are generally together on any team that is playing against Australia..... Having just lost the Ashes to Australia, my bestie and I were not happy that England was crushed and Australia went home with the Ashes again.  So, when the Rugby World Cup came along, bestie and I were thrilled when Australia were beaten.  Italy also got beaten.... and Lou supports both of those teams.  It got down to England vs New Zealand and South Africa vs Wales for the quarter finals.  Lou was barracking for New Zealand and I was split as I was supporting the other three.  My bestie was, of course, barracking for England and/or Wales.   In the quarter finals England absolutely thrashed New Zealand.  Bestie and I were thrilled and loved that Lou did not have a team in the final :-)   However, bestie and I had a problem - it was England vs South Africa in the finals.  England played a magnificent game against New Zealand, a game they were never expected to win.  So, it was unlikely that they would be up for a win against South Africa.   South Africa absolutely trashed England 32 to 12.  Poor bestie....

So, I created this card to send to my bestie... and what better images to do it with than laughing (mostly) African animals :-)  Here's the outside of my card: 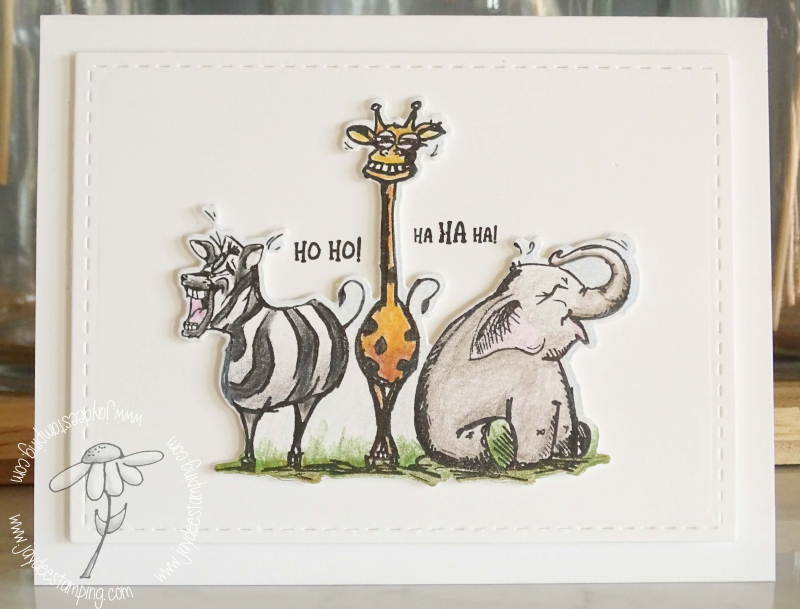 I couldn't get the sentiment to work under the sketch, so I hope Cecile will forgive me :-)  But you can see how perfect the sketch was for this stamp set :-) 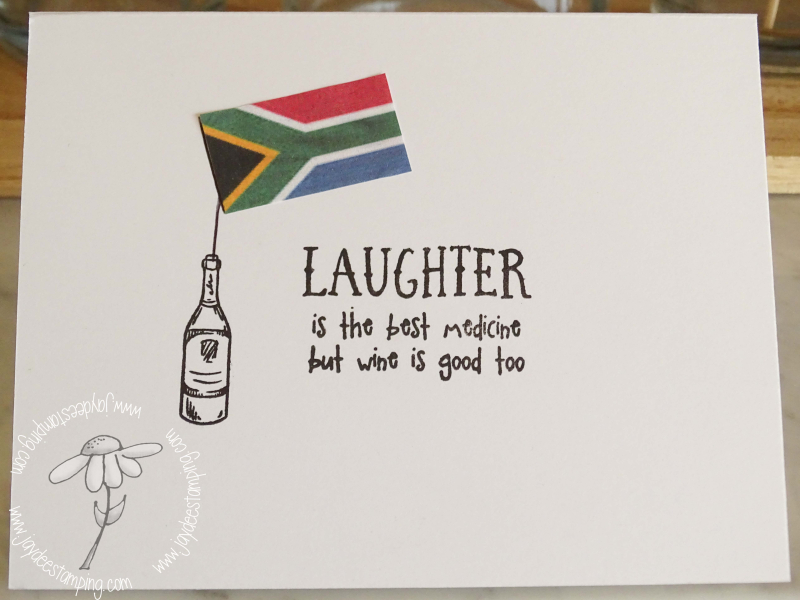 I thought I would rub it in a little more by adding a South African flag to the bottle :-)   I know our bestie will get a good laugh out of this.

It's been snowing and the world looks gorgeous.  Last night was that wonderful, soft, sticky snow.  It was slowly falling in big flakes and felt as perfect as a Hallmark Christmas movie.  I couldn't wait to take a couple of shots today. 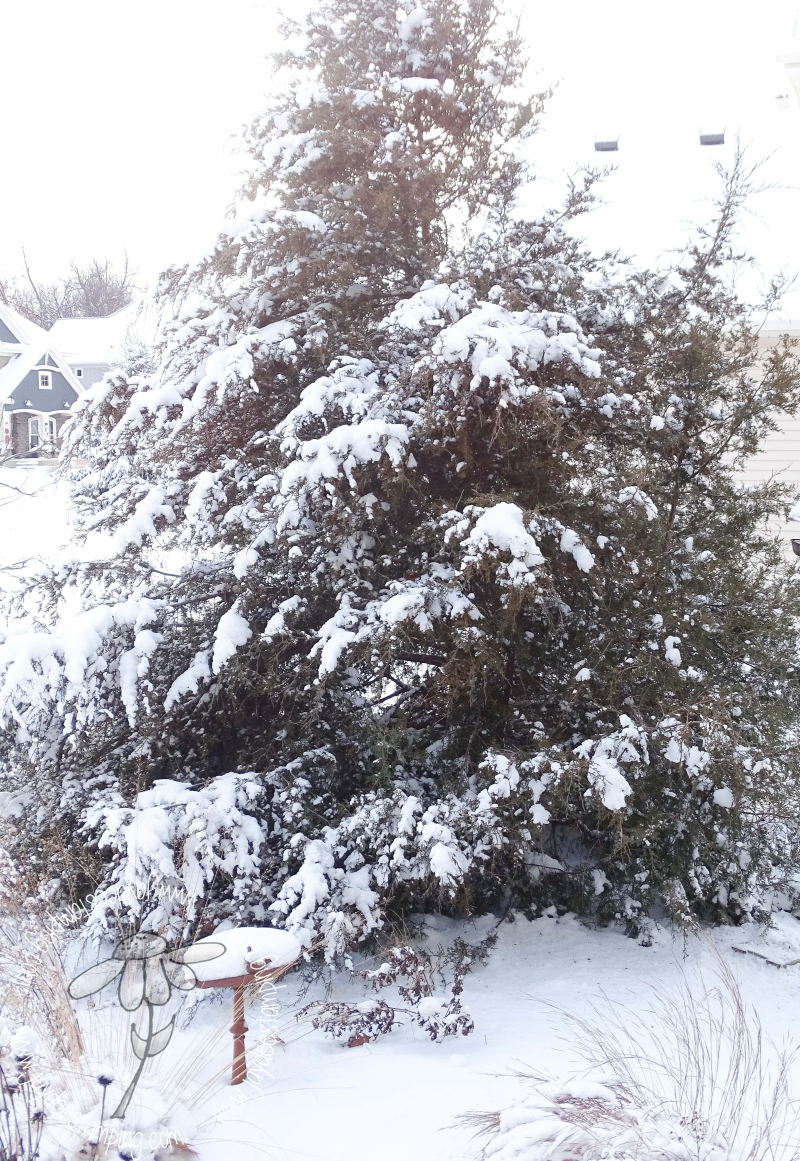 Isn't that so pretty?  Lou is off to shake the snow off the branches before they get too heavy and snap.  The birds love it though. 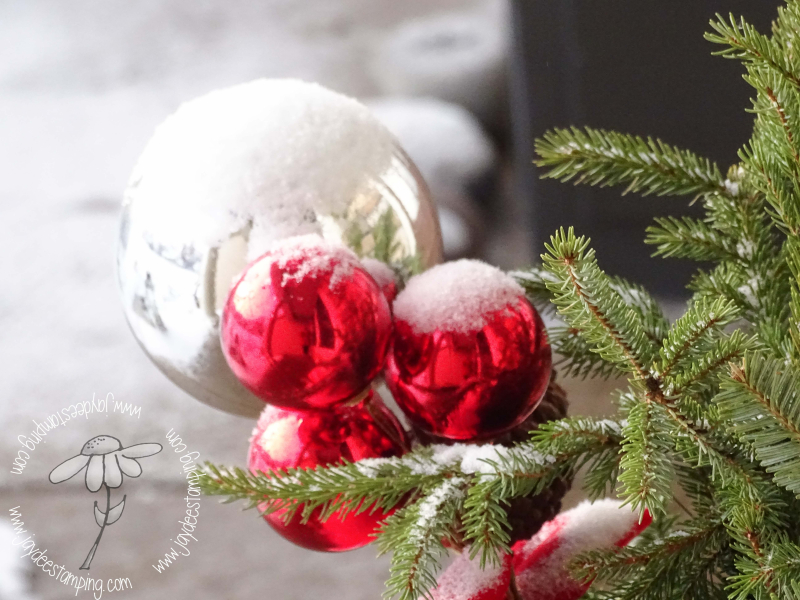 I'm off to go make another card with the FMS sketch.  I have this idea running through my head.  Now I have to see whether it translates into a card :-)  I'll be back tomorrow with another card and some more photographs.  In the meantime, warm hugs and prayers for those of you who need a little lift tonight and, travel safely, for those of you traveling home

I'm not sure which I love more - the card or the story! I love it when you get to make a card that is so perfect for the intended recipient - hope your bestie loved it too!

This is definitely the funniest take on the sketch! I totally love those laughing animals. Thanks so much for joining us at Freshly Made Sketches this week.

This is a hoot, Jaydee! And yes, perfect for the sketch! And I love all of the snow! Thanks for playing along at Freshly Made Sketches!

Isn't this just the best part of cardmaking - making absolutely the perfect card for the occasion (even if it is an Asian elephant!) LOVE them both! Thank you for playing along with us at Freshly Made Sketches.