It's my turn to host the Paper Players challenge this week and, because it's Lou's birthday, I chose this theme! :-)  It also gave me an excuse to use the dies and stamps from the My Favorite Things new card kit called Let's Party! 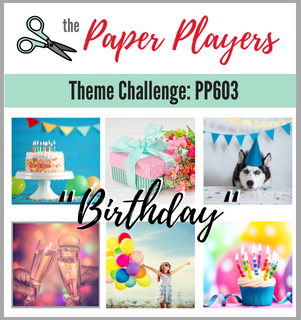 I die-cut several little boxes and turned them into bags instead.  So cute.  I generally don't go for sets with lots of little things.. but decided it was time to get out of my comfort zone.  I must admit, gluing the little handles to the bags was cute painstaking:-) 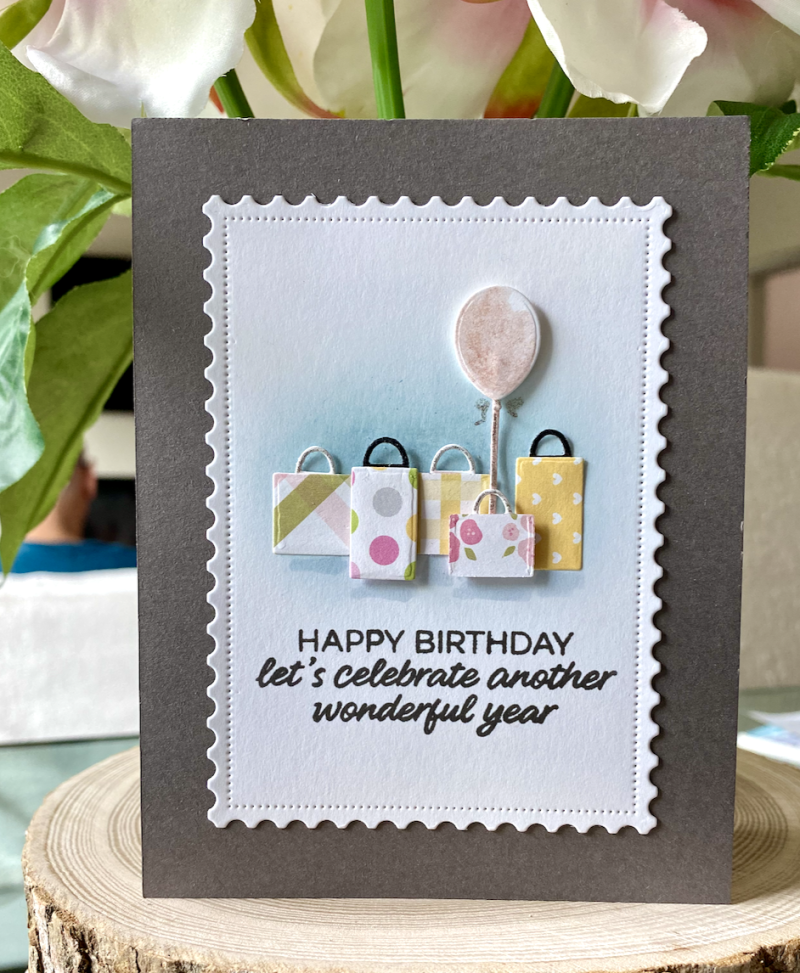 I hope you will join us and play along.  We can't wait to see YOUR birthday cards.  As always, the design team have some fabulous inspiration for you:

I have a couple of photos to share with you today.  One taken while I was sitting on the balcony watching the antics of the little hummingbird.  They are amazingly brave - and territorial!  She had just done battle with another female hummingbird who was trying to drink from the feeder.  Those little things are fast - and noisy - when they defend their territories! :-) 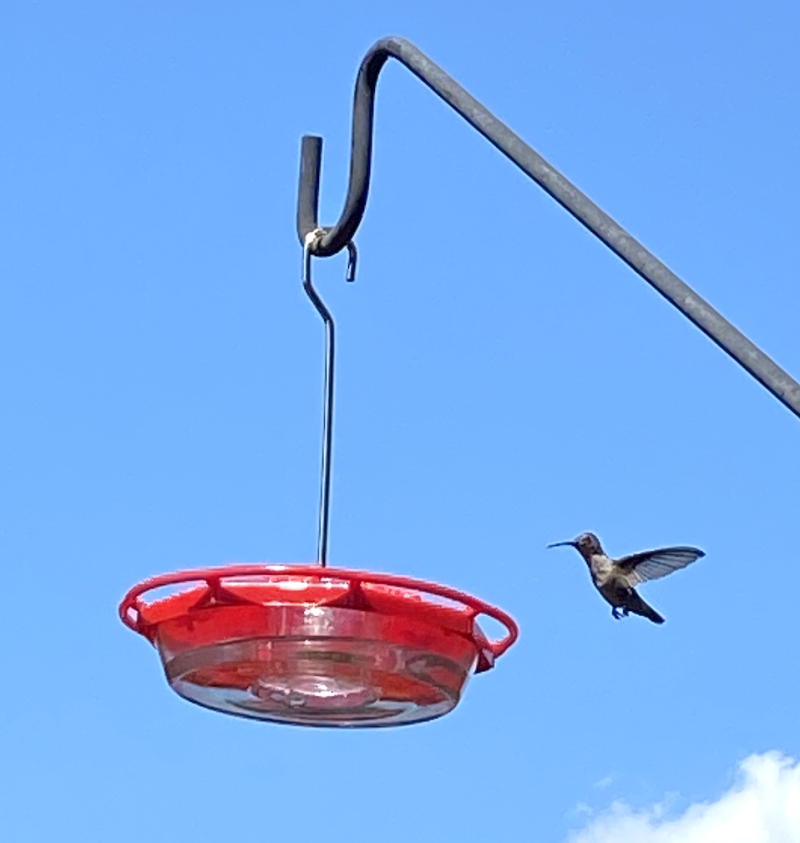 Then, from one tiny little bird to 30 very big ones!  These might seem like little specs in the sky, but we counted 30 vultures circling above the river just riding the thermals.  It was impossible to capture them on camera because they were moving pretty quickly, even though they weren't moving their wings.  They just floated in and out of the boundary of the lens of the camera.  So amazing to see so many together.   We see them several times a week just riding the thermals in exactly the same place! 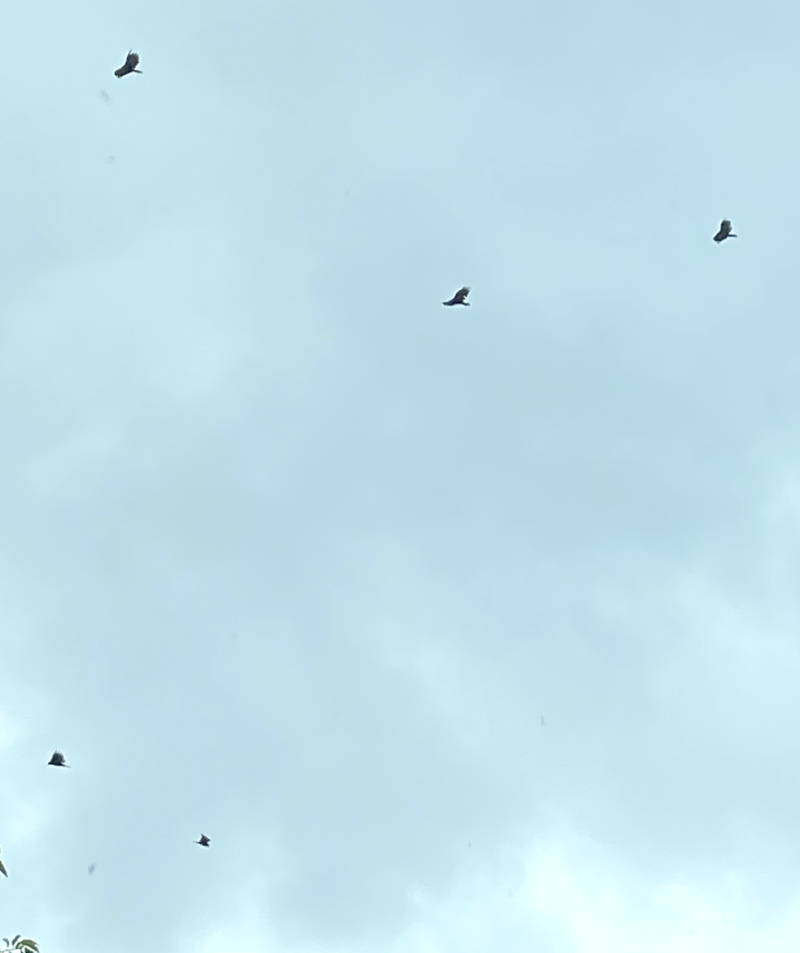 I'll be back later in the week with some of the cards that I made for the babies in the NICU.  In the meantime, warm hugs and prayers for those of you who need a little lift tonight.

Oh my goodness, those itty bitty handles on the bags are such a wonderful detail. I love all of the pretty patterns on the bags as well. Such a cute card and a fab challenge! :)

Jaydee, this was the best challenge! I love your little group of fun gifts. Such a special birthday card to make someone very happy! All the patterns on the gifts are perfect!

I bet the handles on the bags were super fiddly, but they look great! Love the mix of patterns and colors on the gift bags, so cute.

Adorable, Jaydee! I love the mix of patterns on the mini-bags! The little handles are awesome. The colors are great against the sponged background. Who wouldn't want to receive this card on their birthday!

What a fun little card...those wee little shopping bags are super duper cute, especially with that cool sponged background! I do love my hummers, and I happen to think that vultures are pretty cool too. They come running when it's time for a clean-up!

Jaydee, those little bags are just darling! Worth the labor to assemble, lol! Love this card! Have a great week!

This is only a preview. Your comment has not yet been posted.

The letters and numbers you entered did not match the image. Please try again.

As a final step before posting your comment, enter the letters and numbers you see in the image below. This prevents automated programs from posting comments.

Having trouble reading this image? View an alternate.

Comments are moderated, and will not appear until the author has approved them.

(Name is required. Email address will not be displayed with the comment.)